OPENING: RŪTA JUSIONYTĖ COUPLE VIA A COUPLE, NOT JUST A PAIR 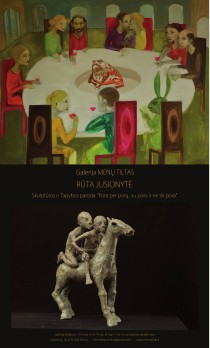 Ruta Jusionyte’s works so far are not well known in Lithuania. In 2015 gallery “Arts bridge” presented Ruta’s sculptures in ArtVilnius’15 fair for the first time in Lithuania.   Ruta gained recognition in France and now brings to Vilnius her most recent bronze and terracotta sculptures along with her paintings.

The current works of Ruta Jusionyte prevailing themes are relations between a girl and a boy, a man and a woman, and their relationships. The title of the exhibition illustrates previous statement. The author herself describes the theme of exhibition as an instinctive human desire to meet another human, their being together, and life as a couple. Ruta’s sculptural beings convey archaic family values, and passive animalism. French art historian and philosopher Christian Noorbergen writes: “Ruta, with a sublime density, dares to reconcile the universal man and his animality from within. Her drawings are islands of humanity, and precious appearances. Her paintings rummage through a close-up life, vital meetings, and the soft crowning of lived colors.”

Ruta Jusionyte was born in 1978 in Lithuania, Klaipeda. Her art education began at an early age when she started attending Eduardas Balsys visual art school. She then progressed to Visual Design Academy in Klaipeda (1996) and from 1998 to 2000 Ruta studied at Academy of Fine Arts Vilnius. After graduation she went to live and work in France. Since 2003 she exhibits in France, Belgium and Switzerland. In Lithuania her works are presented since 2014. Ruta Jusionyte has participated in over 30 personal exhibitions, and around 20 group exhibitions.

Exhibition is held from 13th November to 11th December 2015. 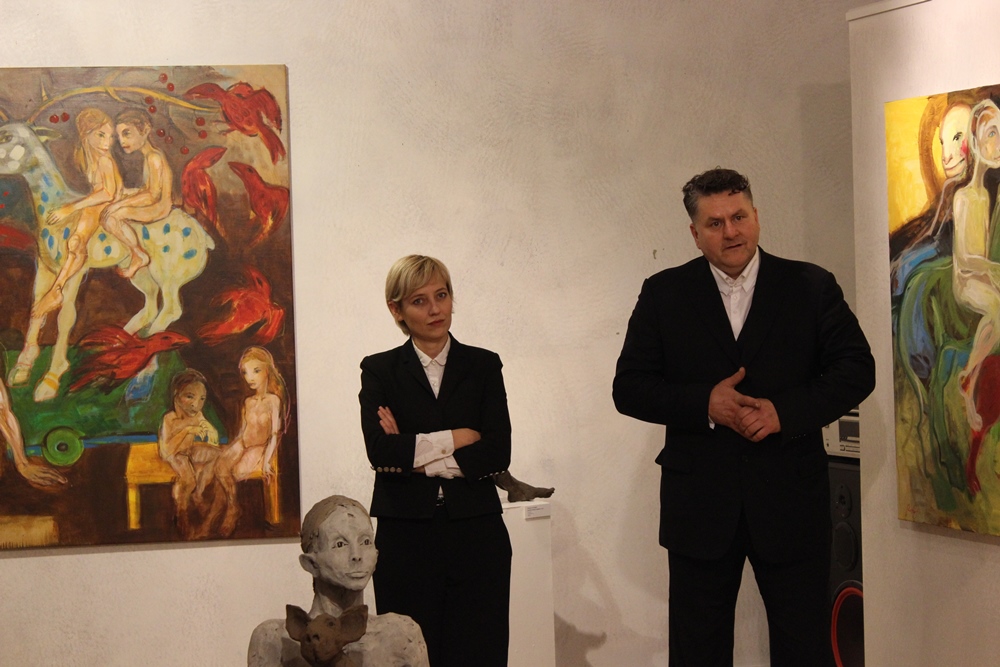