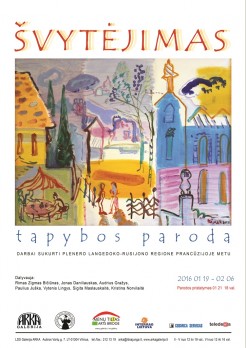 Plein air (from French) – painting outside. In XIX century such painting techniquewas popular between many French painters, especially Impressionists. For Vincent van Gogh an important source of inspiration was nature. Van Gogh wrote to his brother Theo: “I want to paint a series of landscapes, from which a shining would flow like from the pictures of saints.”

Exhibition is opened until 6th February.